Converted to Catholicism by studying the Counter-Church

To confront world-wide subversion [with its “Communist International”, or Comintern], there ought to be an “International of Truth”!

For one man, Swiss political philosopher Karl Ludwig von Haller (1768-1854), it was by thinking about politics and by studying the subversive forces (at work in the world to bring about the destruction of society) that he found the true religion.

Born into a Swiss Protestant family (a grandson of the famous biologist and poet Albrecht von Haller, and son of the statesman and historian Gottlieb Emmanuel von Haller) Karl Ludwig (Charles Lewis) made a trip to Paris in 1790. He was seduced by the revolutionary ideas of the time, 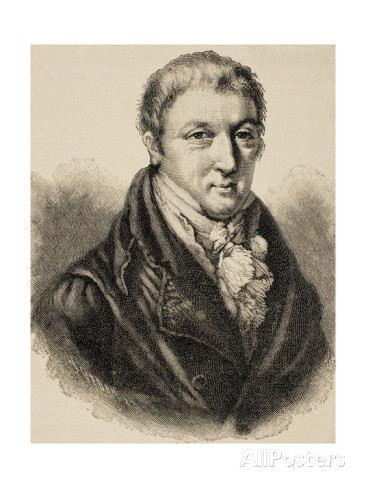 but not for long, for reflection and experience gradually disabused him of them.

As a member of the Council of Berne he was able to follow European political events closely and often went to Paris. It was from this city, on 13 April 1820, that he sent a letter to his family (at Berne, in Switzerland) to explain to them how he had discovered that the Catholic Church is the true religion.

The steps of his reasoning can be summarized as follows:

1. There exist in the world organized forces working for destruction.  (He is alluding to the secret society of the Illuminati of Bavaria, documents of which were discovered in 1785; today, one could cite the Masonic sects, globalist clubs, and all the other secret societies working to fight against religion, destroy the family, dissolve nations, and ruin any natural order.)

2. Since these evil societies derive their power from their organization, the men of good will ought to be organized in a society against them.

3. Since evil is universal (and international secret societies exist), there should be (were it possible) a universal society of men of good will for the defense of family, authority, the natural order, civilization, and so forth. And this society would have to have teaching authority, guardian of truth.

4. But in the natural order of things (the target of subversion), authority comes from above and not from below! (A father has authority over his son by nature, and not by the latter’s delegation!)

5. Therefore, if there has to be a universal society uniting men of good will, it cannot originate from below, but only from an absolutely superior man having great authority (both intellectual and moral). This man would have to group together disciples and transmit to them a trustworthy, reliable authority for the condemnation and combating of error, and an effective, perdurable organization.

6. Can such a high authority exist? It would seem superhuman. (Logically, a Divine intervention would be necessary.) Yet history shows that this has occurred. A man had enough authority to found a religious society both universal and durable that has maintained its organization for twenty centuries, and that continues still: the Catholic Church.

7. For Jesus not only preached, taught, healed the sick, and suffered crucifixion. He founded a society. To grasp this, one need only read the Gospels or the Epistles of St. Paul. (In the Gospel, Jesus repeatedly announces that He has come to inaugurate the Kingdom of God, a kingdom that will only be perfect in the here-after, after our death, but which already exists on earth in the form of the Church.)  The Protestants, who reject the Church founded by Jesus Christ, are thus in error.

That is why Karl Ludwig von Haller leaves them in order to join the religious society founded by Jesus Christ: the Catholic Church.

Having set out Haller’s argumentation, we give him the last word in an excerpt of the letter in which he explained his conversion to his family:

“The study of books about the revolutionary and secret societies of Germany showed me the example of a spiritual association, spread round the globe to teach, maintain, and propagate impious and detestable principles, but nonetheless become powerful by its organization, the union of its members and the various means they employed to achieve their end.

“And while these societies horrified me, nevertheless they made me feel the need for a contrary religious society, one with the authority to teach and to safeguard truth so as to put a brake on the divagations of individual human reason, to unite the good, and to keep men from being buffeted by the winds of changing doctrine.

“But I had not yet suspected and I did not notice until much later that this society exists in the universal or catholic Christian Church. […] All religious and honest souls, even in the separated denominations, approach it at least by sentiment. […]

“But it was especially my political reflections and studies that led me little by little to recognize the truths which I was far from foreseeing.

“Disgusted by the prevailing false doctrines and seeing in them the cause of every evil, my purity of heart compelled me to seek other principles for the legitimate origin and nature of social relations.

“A single idea, simple and productive, truly inspired by the grace of God—that of starting from above, of putting order in temporal affairs and in knowledge as it occurs in nature, to wit, the father before the children, the master before the servants, the prince before the subjects, the teacher before the disciples—led, from consequences to consequences, to the outline . . . of this body of doctrine . . . .

“I also pictured to myself, then, a power or pre-existing spiritual authority, the founder of a religious doctrine, receiving disciples, uniting them in a society to maintain and to propagate this doctrine, giving them laws and institutions, gradually acquiring territorial properties to satisfy the divers needs of this religious society, able even to arrive at an external or temporal independence, and so on.

“Then consulting history and experience, I saw that all of that had been realized in the Catholic Church; and this one observation made me recognize its necessity, truth, and legitimacy….

“The frequent and attentive reading of the Bible confirmed that I had not been mistaken; for […] I could not fail to recognize in countless passages that have to do with a kingdom of God on earth, that is to say, a Church or a society of faithful, whom St. Paul calls the Body of Jesus Christ, having its head and members, destined to keep and to perpetuate the Christian religion, to gather the good, to separate the wicked, and by their union to strengthen them, etc.; passages which our [Protestant] ministers never cite because, in the Protestant sense, it is impossible to give them a simple and natural explanation.”1

1   Extract from the Letter of Mr. Karl Ludwig von Haller to His Family, declaring to them his return to the Catholic, Apostolic, and Roman Church (Paris, 1821), pp. 6-10. The letter was sent from Paris on 13 April 1820, and published the following year.