The Assumption of the Blessed Virgin Mary

a text of Fr Garrigou-Lagrange O.P. 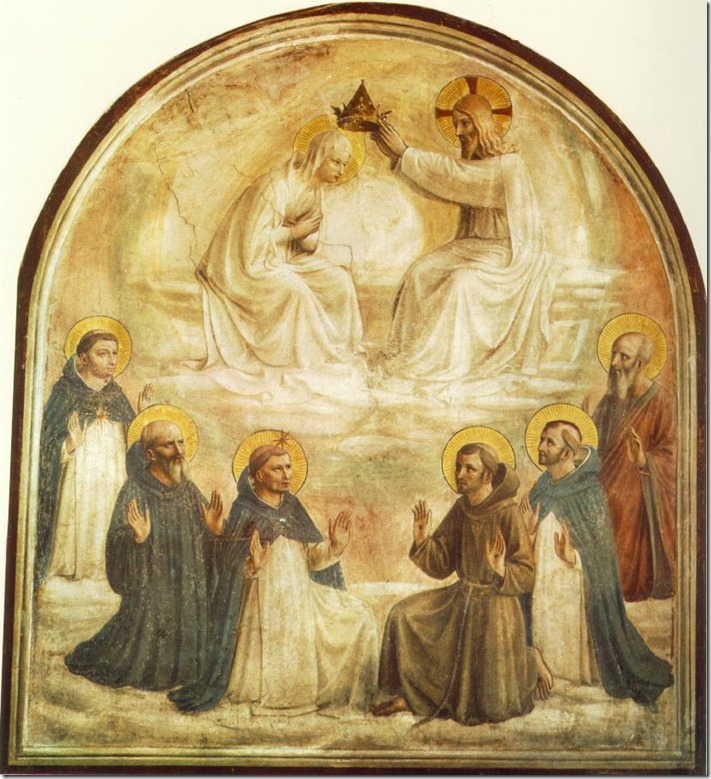 1. What is meant by the Assumption ?

The whole Church understands by the term that the Blessed Virgin Mary, soon after her death and glorious resurrection, was taken up body and soul to Heaven to be forever enthroned above the angels and saints.

The term Assumption is used rather than Ascension since, unlike Jesus who ascended to Heaven by his own power, Mary was lifted up by God to the degree of glory for which she had been predestined. […]

2. Was the Assumption revealed ?

Without a divine revelation, the Assumption would not be capable of being defined a dogma of faith, since the motive of faith is the authority of God in revelation. […]

3. Was the privilege of the Assumption explicitly revealed ?

Everything tends to indicate that the privilege of the Assumption was explicitly revealed to the Apostles, or at least to one of them ; and this was transmitted subsequently by the oral Tradition of the liturgy ; otherwise there is no explanation of the universal Feast of the Assumption, found so clearly from the 7th century on, by which time the Assumption itself was already the object of the ordinary magisterium of the Church. […]

4. Is the Assumption implicitly revealed in the Holy Scripture ?

— From the words of Gabriel the Archangel at the Annunciation and from St Elisabeth at the Visitation :

we can conclude that the Assumption was implicitly revealed in the Holy Scripture :

Mary received fullness of grace and was blessed by God among women in an exceptional way.  But this exceptional blessing negatives the divine malediction to bring forth children in pain and to return to dust (Gen 3, 16-19).   Mary was therefore preserved through it from corruption in her body: her body would not return to dust but would be restored to life in an anticipated resurrection. […]

5. What are the consequences of this dogma for our soul ?

The Assumption of the Blessed Virgin along with the Ascension of Our Blessed Lord, crowns our faith in the objective completion of the work of the Redemption, and gives our hope a new guarantee.

Finally, the just man lives by his faith.  Hence he finds in the solemn definition of a revealed truth a form of spiritual nourishment which increases his faith, strengthens his hope, and makes his charity more fervent.

(Fr Garrigou-Lagrange O.P., The Mother of the Saviour and Our Interior Life ; St-Louis, Missouri ; B. Herder Book Company ; 1948 ; Part one, Chapter IV, Article II, « The Assumption of the Blessed Virgin », extracts.)