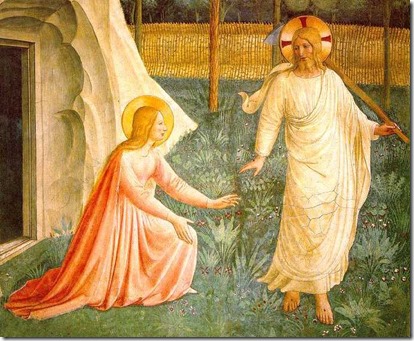 A Bishop Speaks Out

Bishop Carlo Vigano, former Apostolic Nuncio to the U.S., has come into the forefront in recent months, speaking publically against the Second Vatican Council in itself (and not just the “abuses”). Here are a few excerpts that we hope will encourage you to pray for this courageous prelate.

What leaves one truly scandalized is seeing how the top levels of the Hierarchy are openly placing themselves at the service of the Prince of this world, adopting the demands made by the United Nations for the globalist agenda, Masonic brotherhood, Malthusian ecologism, immigrationism… What is being created is a single world religion without dogmas or morals; according to the wishes of Freemasonry…it is obvious that Bergoglio, along with those who are behind him and support him, aspires to preside over this infernal parody of the Church of Christ. (letter to a cloistered nun published 31 May)

It seems that even the post-conciliar church, modernist and Masonic, aspires to transform, to overcome the Church of Christ, replacing it with a “neo-church”, deformed and monstrous creature that does not come from God.

The purpose of this neo-church is not to […] convert and save all people […], but to establish itself as the spiritual arm of the New World Order and advocate of Universal Religion. In this sense, the Council’s revolution first had to demolish the Church’s heritage, its millenary Tradition, from which it drew its vitality and authority as the Mystical Body of Christ, then get rid of the exponents of the old Hierarchy, and only recently has it begun to offer itself without pretense for what it intends to be.

[This] represents the concretization of Freemasonry’s plan and the preparation for the advent of the Antichrist. (interview, April 21, 2020) 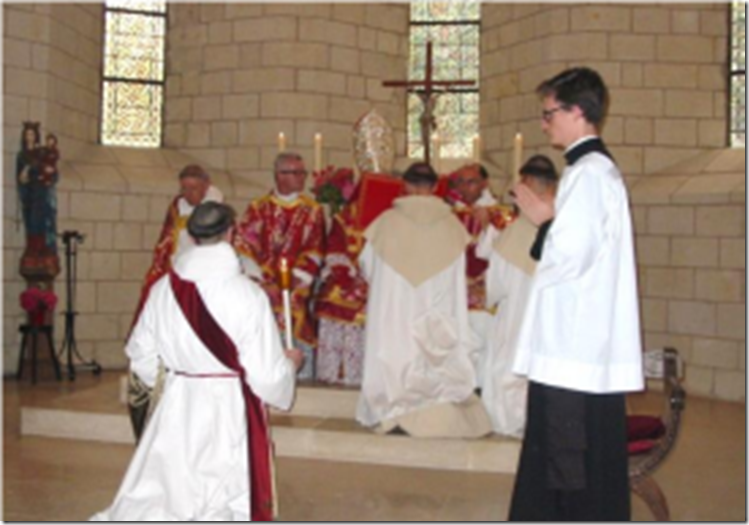 Attempts to correct the conciliar excesses – invoking the hermeneutic of continuity – have proven unsuccessful […]. If the image of an infernal divinity was able to enter into Saint Peter’s, this is part of a crescendo which the other side foresaw from the beginning. […]

What the world wants, at the instigation of Masonry and its infernal tentacles, is to create a universal religion that is humanitarian and ecumenical, from which the jealous God whom we adore is banished. […]

It is surprising that people persist in not wanting to investigate the root causes of the present crisis, limiting themselves to deploring the present excesses as if they were not the logical and inevitable consequence of a plan orchestrated decades ago. […]

I was one of the many people who, despite many perplexities and fears which today have proven to be absolutely legitimate, trusted the authority of the Hierarchy with unconditional obedience. In reality, I think that many people, including myself, did not initially consider the possibility that there could be a conflict between obedience to an order of the Hierarchy and fidelity to the Church herself.

[…] It is undeniable that from Vatican II onwards a parallel church was built, superimposed over and diametrically opposed to the true Church of Christ. This parallel church progressively obscured the divine institution founded by Our Lord in order to replace it with a spurious entity, corresponding to the desired universal religion that was first theorized by Masonry. Expressions like new humanism, universal fraternity, dignity of man, are the watchwords of philanthropic humanitarianism which denies the true God.

[…]For decades we have been led into error, in good faith, by people who, established in authority, have not known how to watch over and guard the flock of Christ.

[…] Just as I honestly and serenely obeyed questionable orders sixty years ago, believing that they represented the loving voice of the Church, so today with equal serenity and honesty I recognize that I have been deceived. […]

And we know well that the purpose of these ecumenical and interreligious initiatives is not to convert those who are far from the one Church to Christ, but to divert and corrupt those who still hold the Catholic Faith, leading them to believe that it is desirable to have a great universal religion that brings together the three great Abrahamic religions “in a single house”: this is the triumph of the Masonic plan in preparation for the kingdom of the Antichrist! (excursus on Vat II: June 9, 2020) 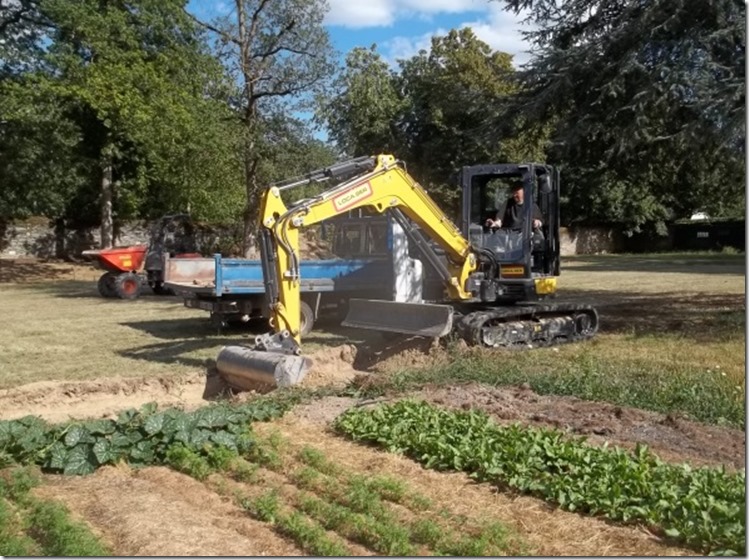 Enlargement of the garden

And it appears that the children of darkness – whom we may easily identify with the deep state which you wisely oppose and which is fiercely waging war against you in these days – have decided to show their cards, so to speak, by now revealing their plans. They seem to be so certain of already having everything under control that they have laid aside that circumspection that until now had at least partially concealed their true intentions. The investigations already under way will reveal the true responsibility of those who managed the Covid emergency not only in the area of health care but also in politics, the economy, and the media. (letter to Pres. Trump: June 7, 2020)

We have reason to believe, on the basis of official data on the incidence of the epidemic as related to the number of deaths, that there are powers interested in creating panic among the world’s population with the sole aim of permanently imposing unacceptable forms of restriction on freedoms, of controlling people and of tracking their movements. The imposition of these illiberal measures is a disturbing prelude to the realization of a world government beyond all control. (declaration of May 2020) 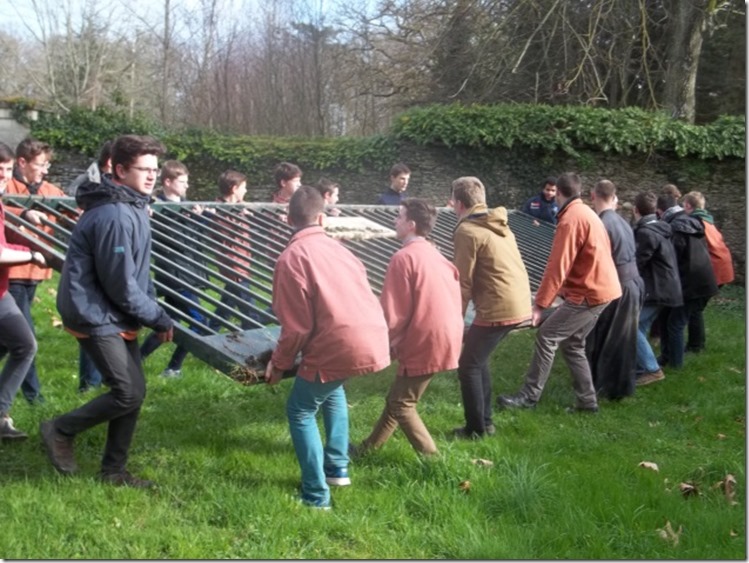 Getting the terrain ready for the garden: the boys lend a hand for the removal of some heavy material

December 12th: The children of Saint Philomena’s School, with Father Angelico, present their Christmas Pageant for the residents of a local retirement home.

January 24th: A Requiem Mass is sung for the soul of Mrs. Maria-Helena Pacheco dos Santos, the mother of our Br. Louis-Bertrand (Brazil).

February 17th-24th: Fr. Angelico accompanies the seniors from St. Thomas Aquinas on their pilgrimage to Rome. Providentially (considering the turn of events), it was decided to go in February instead of during Easter vacation, as usual.

February 21st – 23rd: Fr. Marie-Dominique and Br. Alain are in Brittany for the Third Order and a meeting of the Knights of Our Lady.

March 1st: Again in Brittany, this time it’s Fr. Hyacinthe-Marie and Br. Agostinho for a recollection with the Sisters of Mary Coredemptrix.

March 22nd: The schools are closed and public Masses are forbidden, but the Fathers are far from being on vacation. Not only do classes have to continue “by correspondence,” but the spiritual support of the faithful (especially the sick and isolated) becomes a top priority.

Mai 1st: For his feast day, the installation of a new little oratory for St. Joseph (built by Brothers Bernard-Marie and Martin), in the garden behind the friary. The previous one was erected in 1995, at the start of the reconstruction of the fourth wing. After having watched over the construction, St. Joseph is now supervising the final stage of work: the covering of the bare cement wall with typical slate rocks of the region.

May 30th: Two postulants (both from France) receive the habit: Martin receives the clerical habit, with the name Br. Vincent; Christophe receives the habit of lay brother and the name Br. Betharram (after Our Lady of Betharram, honored in his native region close to Lourdes).

June 6th: 23 souls receive the sacrament of Confirmation at the hands of Bishop Faure.

June 26th: Br. Alain is ordained to the priesthood by Bishop Faure at the friary.

Month of July: Thanks to God, all our summer activities were able to proceed as planned: spiritual retreats (one for women/girls, one for couples), camps (The Cadets of the Sacred Heart do an itinerant camp in Brittany, the children of Our Lady of Fatima camp in Anjou), General Chapter of the Knights of Our Lady…


News from our worksites

The covering of the façade of the east wing is well under way, and the renovation of the west wing may be able to start this year. Red tape is still blocking the construction of the Parish Hall. Please keep this intention in your prayers! The need for more building space is all the more urgent considering the possible “social-distancing” measures that may be required soon… 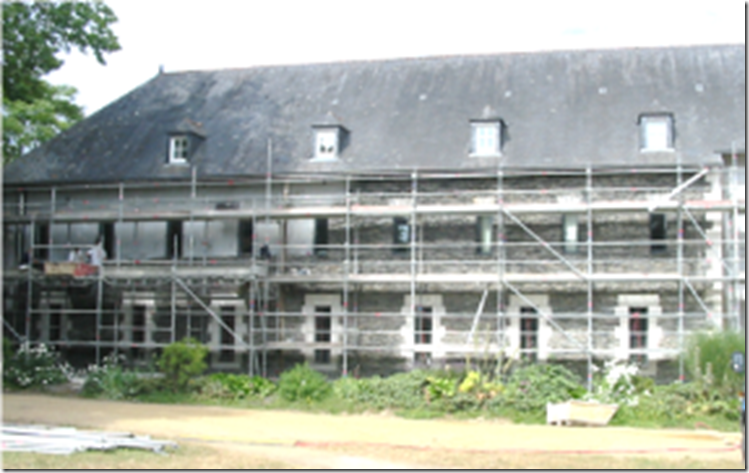 Thanks to a friend of the friary, a specialist in organic farming, we were able to start a real, “monastic-sized” vegetable garden! 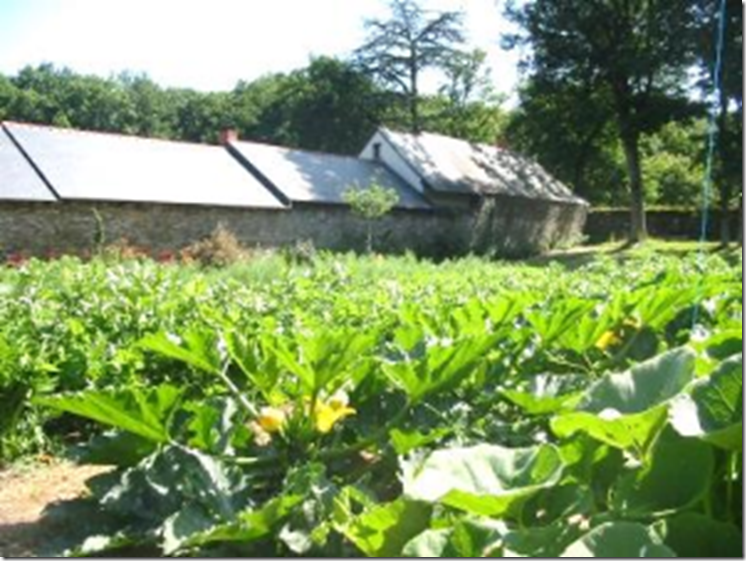 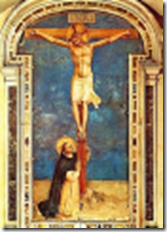