« I did not want to become a Catholic. My intention was to attack rather than to submit to the Church. I was not a lost sheep but a wicked and an obstinate sheep… »

Born in Salisbury (England) in 1920, Daphne Pochin Mould was a brilliant student of geology in Edinburg (Scotland).

From her Anglican upbringing she only retained the typical prejudices against the Catholic Church (superstition, intolerance, rigorism, triumphalism, etc.). A militant agnostic, she was convinced that religion was no more than a means of enslaving mankind. 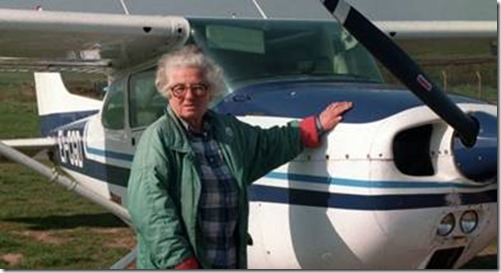 « I used to think that I had to attack the ignorance, the superstition and the cowardice of those who think that by believing in another world they can do away with the struggle against evil and error here on earth. »

In order to study how St. Columba of Iona converted Scotland at the end of the 6th century, she had to go to the Benedictine monastery in Fort Augustus. There, for the first time, she ran into a Catholic priest.

« I was never more scared in my life than on that day ».

While talking with the monk, Fr. Augustin, she discovered that the Faith was not what she had imagined it to be.

She used to see the Faith as an abdication of reason, as a flight from reality, as cowardice. Now she realized that Catholics have rational arguments!

The proof of the existence of God made by Fr. Augustin did not convince her immediately:  she found it too abstract, too philosophical, too different from the scientific method that she was used to.  But she had to admit that there are various ways of learning and methods of inquiry.  While the scientific method has its place, it does not solve the fundamental problems: the reason for our existence; the final end of man and the world; or the experience of beauty:

« In the Scottish mountains that were so rich in contrasts of form and colour, I saw the realization of beauty.  I was inspired with an increasing awareness that beyond the enchantment of the mountains there had to exist the last and ultimate beauty; that all the elements of truth that I reached by means of science pointed to a thing that was the Truth itself; that this ultimate Truth had to be crowned with beauty and transcendent splendour of which the sun illuminating the hills had already given me a foretaste. »

For the time being, Daphne decided to accept the existence of God as a « working hypothesis ».  She altered her view on the Church.  She no longer saw it as a force that obscures and oppressively exploits blind religiosity.  She finally understood that reality itself was in question:

« All of a sudden, I realized that the Church was all about God and that it was not simple emotionalism. The Church stood for truth and beauty, for penance and austerity, and even more, for the huge adventure of holiness. »

It is good, grand, noble and generous, but is it true?  Is it not merely a huge illusion?

Daphne was still far from having the Faith.  To the question  «Would you like to become a Catholic? » she responded with a firm « Only if Catholicism is real! »  And she still had many objections.  But in fact her agnosticism no longer satisfied her.

The big question was Jesus Christ.  But before studying the life of Jesus Christ, Daphne felt turned off by miracles.  They revolted her and she bolted.  But after thinking about it, she had to admit that this passionate reaction was not reasonable.  She recognized that:

« It is more scientific to examine the possibility of a miracle than to refuse a priori to accept it.»

The methodical reading of the four Books of the Gospel was a veritable shock.  She had known only fragments of the Books.  She discovered in the entirety of the Books a doctrine that was so rich and so profound, and, at the same time, so simple and so balanced, that it was difficult to accept that an ordinary man – even a prophet or a saint – could have possibly authored it.

Must she thus admit that Jesus is God?  Daphne was not ready for that.  She was fascinated by His personality, but could not yet bring herself to that conclusion.

« I knew very well that to accept the truthfulness of the Gospel meant to accept Christ and Rome.  I had to give it a long thought. »

In the spring of 1950, Daphne embarked on a serious study of the history of the Church.  She was struck by the terrible crises that regularly oppressed the Church (persecutions, heresies, decadence or weakness of the clergy, etc). At least ten times the Church could have perished under the assaults of its enemies or from the vices of its own members (at times priests, bishops and popes!).  But each time, saints rose up, redressing the humanly desperate situation so that the Church rose up more alive than before.  And there were times when the leaders of the Church could have used their office to justify their errors doctrinally.  But it never happened.  The Infallibility of the Pope is certainly not a trivial claim!

Finally, Daphne had to recognize both the preeminence of Christ and of the Catholic Church.  But the big question still remained:  Is Jesus Christ truly God?   Daphne could not get past this hurdle:

« The more I thought about the historicity of the Gospels, the more I recognized the evidence that I had to accept Christ; this understanding revolted me violently.  Nonetheless, the natural beauty that I observed – the creation of God that I admired – all came from the same hand that had written the historical Gospels. »

« You need to pray »,  Fr. Augustin told her.  Daphne was deeply irritated by that.  What good would that action do?  Wasn’t she running the risk of falling into auto-suggestion and falsifying the scientific method?  She wanted to refuse to pray, but she felt herself (to be) mysteriously urged to attempt the experiment.  She prayed conditionally in order to appease her conscience.  After invoking God, she immediately added « if He exists » as a precaution in order not to rush the process.  Then she prayed for enlightenment.

She decided to attend Mass – as part of her study, without really participating – and she carefully compared the Roman Missal, which is the traditional Catholic rite of the Mass, to the Anglican ‘Prayer Book’.  She was impressed by the superiority of the former.  The traditional Catholic rite is somber and beautiful as well as dignified and precise.  She especially appreciated the Latin phrases that « always say the right word in the right place »:

« I thought back about the beauty of the mountains and the shores of the Hybrides; I had learned to identify supreme Truth with supreme Beauty; now the simple reading of the Missal left deep impressions.  If the Roman Church is capable of producing such liturgy, it is highly probable that it possesses the truth about God. »

Little by little, Daphne dropped all her objections.  But she still asked: do I truly have the Faith?

« I had always believed that Faith was a pious feeling, an emotional and a euphoric disposition, similar to a disposition created in us by music or by wine.  While I did not have any such feelings, I was pushed by a strong interior movement to take the decisive step to fully accept the Catholic Faith. »

« He who has always lived in the Catholic Faith cannot imagine what this step means to an agnostic.  It is one thing to be intellectually convinced of the Truth held by Rome, it is altogether another to make the decision to become a Catholic. »

« To accept Roman authority, to confess that you will believe everything that the Church tells you to believe seemed a desperate step, a spiritual suicide.  I feared all authority.  I still had a profound attachment to Protestant individualism.  With this mindset, how could I possibly submit to an authoritative Church like Rome?

A Barrier Had Fallen

Daphne was condemned by her family (who no longer wanted to see her) and by her friends (who abandoned her).

She was received into the Catholic Church on November 11, 1950.  Her soul found peace and joy:

« My first impression was that the barrier between God and myself had fallen.  The second impression was that by becoming a Catholic, I had taken a step towards what was a beginning rather than an end.  I used to consider the Catholic Faith solely as a collection of beliefs, as a moral code; I had forgotten that the Faith was firstly and above all a contact with God, with the Being who is Infinite Love.  Such an adventure has no end.  I understood that the Catholic who attempts to understand God more deeply is never in danger of feeling restricted or limited.  We are made to contemplate God. »

She understood the need for Our Lady in order to be able to truly penetrate the mysteries of the Gospel, and so she applied herself to the Rosary:

« When I was received into the Church, I thought of God mainly in terms of Truth, Beauty and Goodness.  I did not have a true devotion to the Person of Christ.

Now as I read the Gospel, I found myself attracted to His Person and I prayed to Our Lady to help me to better know her Son. » 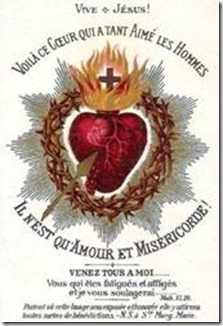 At the same time, Daphne discovered the real Church:

« The most amazing thing about the Church is the gentleness.  This gentleness comes from strength.  The Church is maternal but at the same time has the absolute certitude of possessing the Truth.  How far off were my ideas about the intolerance and violence of Papists! »

(an autobiography of her conversion), London, Sheet and Ward, 1953.

(a French resume of the above work), Brussels, Foyer Notre-Dame, 1962.