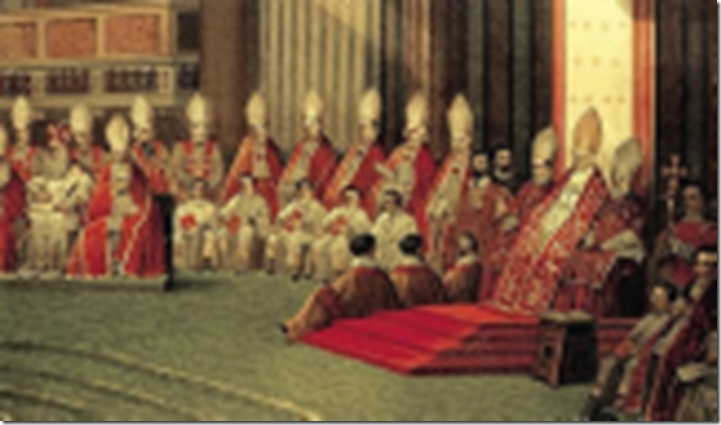 Who remembers Vatican I?

The 150th anniversary of Vatican I didn’t get much attention in our de-Christianized world, nor even within the Church. Yet Vatican I was fundamental, for many reasons:

1- The history of the first Vatican Council — as agitated as it is fascinating — represents one of the summits of the combat opposing Revelation and Revolution, for over two centuries. In the presence of Pope Pius IX, mighty bishops, including figures as different as Bishops Manning, Darboy, Dupanloup and Pie, come face to face in battle.

2- The first document of Vatican I, the constitution Dei Filius, on the notion of Faith, exposes the relations between Faith and reason in a particularly balanced fashion. It condemns not only the excess of refusing any Faith (rationalism), but also the error of belittling reason (fideism). In defining the foundations of Faith, it defines at the same time the true methods of Catholic apologetics. Before our simplistic world, which only admits mathematical science on one hand, and subjective, unverifiable opinions (left to the free choice of each person) on the other, the Council affirms the authority of Christian Revelation, which falls under neither category.

3- The second document, the constitution Pastor aeternus, on the primacy and infallibility of the Roman Pontiff, clearly and definitively indicates the goal of the Church’s magisterium, which is not to reveal any new doctrine, but simply to maintain and faithfully proclaim the Revelation handed down by the Apostles (the “deposit of the Faith”). In defining precisely the conditions of an infallible declaration ex cathedra, the document allows us to safely resist the neo-modernist “magisterium” of recent Popes, without relativizing the traditional magisterium of the Church.

4- The unfinished Council, having the time to promulgate only two constitutions, left a certain amount of preparatory work that is still useful today. (For more developments, see the summer 2020 issue of our review Le Sel de la Terre.)

Since 1965, the striking contrast with Vatican II provides even more reasons to study Vatican I.

Vatican I was the theatre of a mortal struggle between two types of Catholicism: one that attacks error, and one that dreams of reconciliation with the world, avoiding what Bishop Dupanloup called the “irritating questions.” Whereas Vatican I was, according to Bishop Manning, the Council of Authority in opposition to triumphal Revolution, Vatican II was the Council of the Surrender of authority, drowned in collegiality, manipulated by the politically correct, and humbly submissive to all the orders of the international press.

By its unfinished documents, Vatican I clearly traced the path that the following council should have taken. The preparatory texts of Vatican II actually did follow traditional lines, but were quickly discarded. Vatican I, in continuity with the Council of Trent from its very outset, was a council of fidelity; Vatican II was a council of rupture. 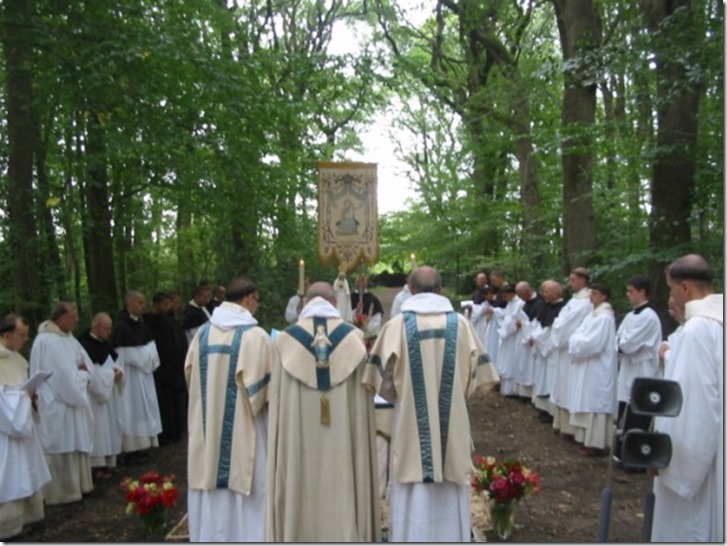 The Grave Problem of Invalid Baptisms

The liturgical anarchy that has been raging for over 60 years can have some very grave consequences. Two recent examples:

1) On June 24th, 2020, the Congregation for the Doctrine of the Faith officially issued a reminder of the traditional doctrine, according to which the Baptism formula, “We baptize you, in the name of the Father, etc.” is invalid. (This formula, using the plural rather than the singular, is in vogue in modernist circles, as it allows the “People of God” to usurp the role of the priest.)

Hearing of this decision in August, a priest in the archdiocese of Detroit, Fr. Matthew Hood, decided to watch the video of his Baptism… There he saw the deacon using the invalid formula! Invalid Baptism, invalid priesthood… as well as the invalidity of all the sacraments he had himself administered since his “ordination” in 2017.

2) In Brittany, last September, a young girl was preparing for her First Communion. In questioning the parents, the priest realized that the girl had not validly received the sacrament of Baptism: indeed, the God-mother had poured the water while the priest pronounced the words!

August 11th: Requiem Mass for the repose of the soul of Mr. Okuniewski, the father of Fr. Hyacinthe-Marie. Providentially, Father was in Poland just a few days earlier, and was able to administer Extreme Unction and Holy Communion to his father before his departure for eternity.

August 14th: Reception of the habit for a new lay brother, Br. Mannes (after the name of Saint Dominic’s brother, who was one of his first companions in the Order).

August 26th: Fr. Marie-Laurent leaves for the Czech Republic to lead a pilgrimage and preach a recollection for a group of faithful.

August 29th and 30th: Fr. Hyacinthe-Marie and Br. Agostinho participate in the pilgrimage at Puy-en-Velay, presided by Bishop Faure.

September: A momentary lifting of the lockdown permits the Fathers to organize a few meetings for our tertiaries at Lyons, Paris, Chartres… in Alsace, Auvergne… 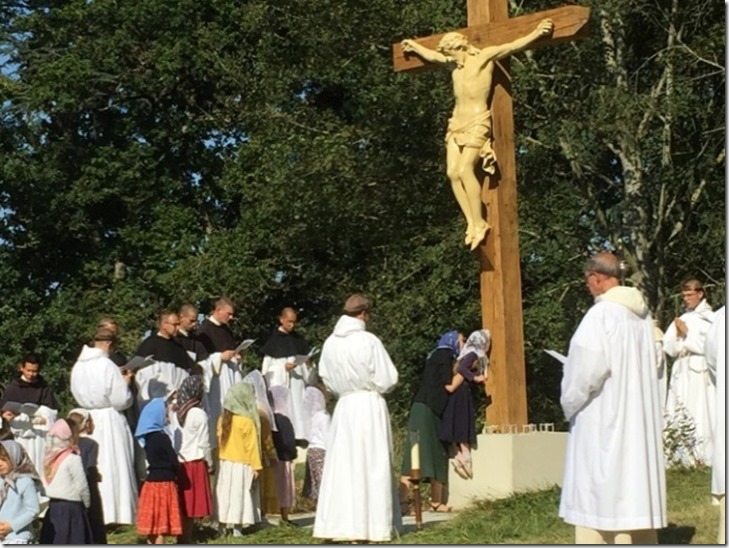 Adoration of the Cross

October 20th: First vows of Br. Antonin, who now starts his studies of philosophy and theology in view of the priesthood.

November 12th: Fr. Prior is at Nimes for the funeral services of Fr. Raffali, a fighter for the Faith since the beginnings of Tradition, and founder of the Stella Maris community for the education of boys.

On the same day: Br. Louis-de-Gonzague (Anthony Scmidt, from Wisconsin) makes his perpetual profession in the Third Order, as an oblate brother living in the Friary. 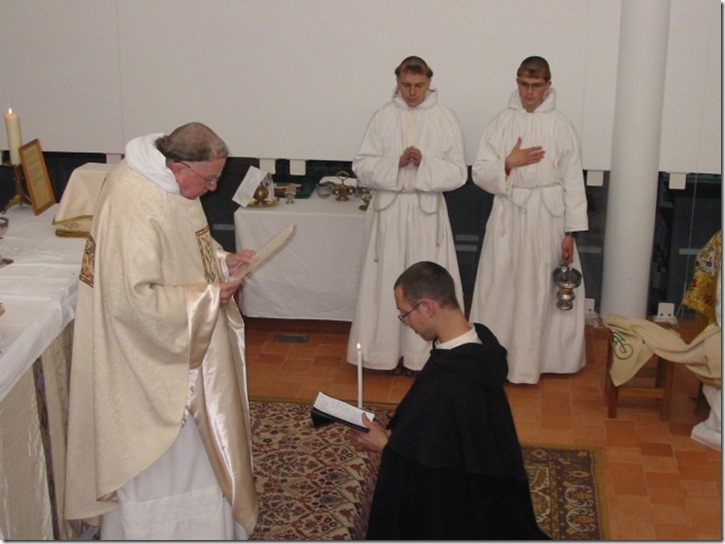 Late November: It’s the season for plantations! Thanks to a friend of the Friary, we now have a professional orchard next to our vegetable garden (which has more than doubled in size since last year): pears, plums, cherries, apricots, walnuts, hazelnuts, chestnuts, will now (God-willing) be available to the community, even if the economy takes a turn for the worse.

December 8th: Feast of the Immaculate Conception: in lieu of the traditional procession in the streets of Angers (prohibited because of the Corona madness), Fr. Marie-Laurent leads the faithful in a public Rosary in front of the Cathedral.

December 31st: The Church is full for the Solemn Te Deum sung after the office of Compline. 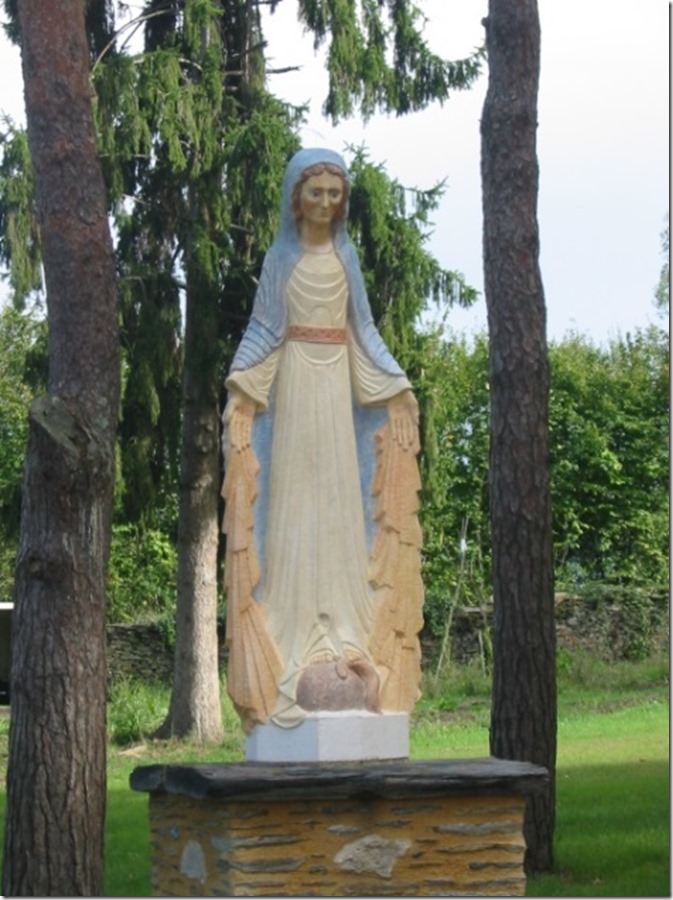 News From Our Worksites

The Construction permit for the new Parish Hall has finally been granted! The work is planned to start after Easter. 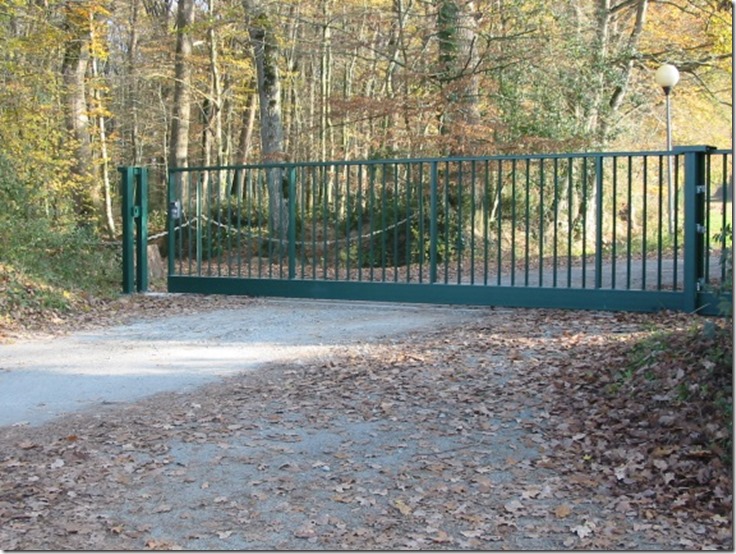 A new gate has been installed at the South entrance of the property, in order to limit access to “passers-by”, who have become more and more numerous these past years.

The work on the East wing façade is finished. After the parish hall is built, the restoration of the West wing (crumbling stone and leaky roof) will be undertaken.

Thank you, as always, for your continued support, without which none of this would be possible! 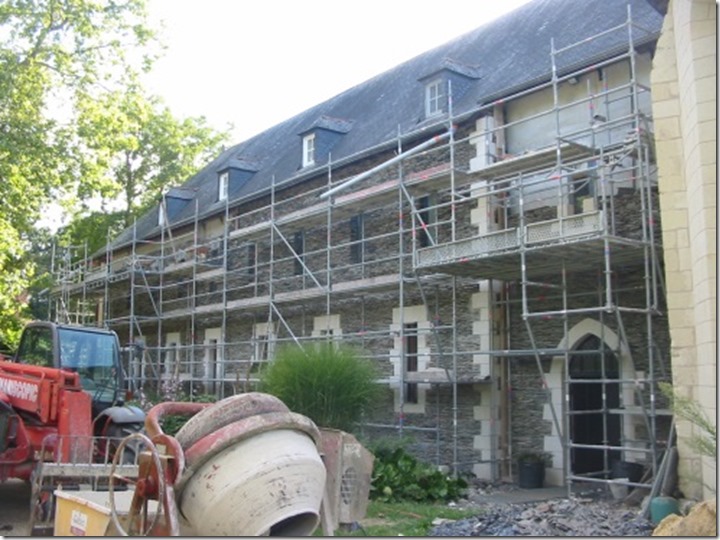