Converted from Judaism by the Miraculous Medal 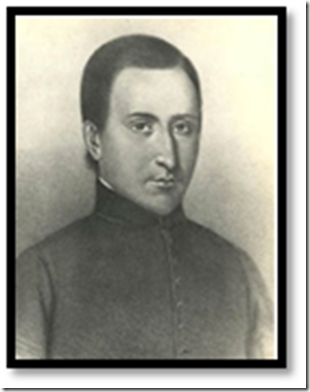 Alphonse de Ratisbonne was the son and the inheritor of a family of Jewish Bankers from Strasbourg.  During his childhood, his elder brother, Theodore, converted to Catholicism.  He was even ordained a priest.  The family naturally reacted with horror and hostility.  Alphonse resolved to never have anything to do with his brother and, furthermore, developed a violent antipathy to the Catholic faith.  Though an atheist, he experienced a tremendous love and a profound loyalty for his own people.  He devoted his efforts and money to the purpose of improving the social condition of less fortunate Jews.

At 27, Alphonse became engaged and then noticed a subtle change concerning his religious sentiments:

“A certain change overcame me concerning my religious ideas. I believed in nothing; the sight of my fiancée awoke in me a feeling about human dignity. I began to believe in the immortality of the soul; instinctively, I began to pray to God; I even thanked him for my good fortune; but, nevertheless, I remained dissatisfied…..”

Since his fiancée was only 16 years old, it was considered appropriate to postpone the marriage. Therefore, in order to while away the time Alphonse decided to take a sightseeing trip to Italy (1841-1842). 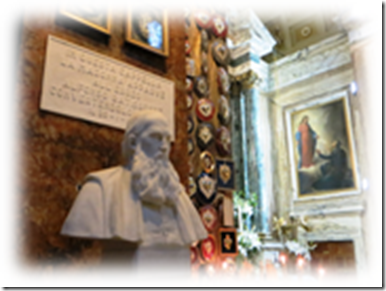 After spending time in Naples, he stayed in Rome. While there he visited Baron Théodore de Bussières, who happened to be the brother of one of his best friends.  Their conversations turned to religion.  Ratisbonne mocked and attacked the Church repeatedly. Finally the Baron offered him a curious challenge:

“Wear the Miraculous Medal 1 and recite one short prayer daily to Mary:

Remember, O most gracious Virgin Mary, that never was it known that anyone who invoked thy protection, implored thy help, or sought thy intercession, was left forsaken. Inspired with this confidence, I fly unto thee, O Virgin of virgins, my mother; to thee I come; before thee I stand, sinful and sorrowful. O Mother of the Word Incarnate, despise not my petitions, but in thy clemency hear and answer me. Amen.”

The youthful Jew grudgingly accepted: for him it was a way of proving the inanity of these “detestable superstitions”.

On the 20th of January, 1842, the last day of his stay in Rome, Ratisbonne entered, by chance, the church of St. Andrew of the Brothers. He recounts the incident himself:

“I was in the church but an instant, when all of a sudden I felt myself overtaken by an inexplicable anxiety. I raised my eyes and noticed that the entire edifice had disappeared from my view; a single chapel had, so to speak, concentrated all the light, and in the center of this radiation there appeared standing on the altar, tall, brilliant, full of majesty and tenderness, the Virgin Mary, just as She appears on my medal and now an irresistible force pushed me toward her.  The Virgin signaled to me to kneel down, and seemed to say to me; that is fine!  She did not speak, but I understood everything.”

At the same instant Alphonse felt freed of his blindness:

“At the moment of the gesture, the blindfold fell from my eyes; not only one blindfold, but the whole bundle of blindfolds that had kept me enfolded in their grasp disappeared successively and rapidly, just as snow, mud and ice disappear under the action of a brilliant and burning sun…

In some strange way I felt myself to be completely naked, as though a tabula rasa. The world had become as nothing to me; the prejudices against Christianity no longer existed; my childhood prejudices evaporated; God’s love had replaced my other loves.”

In the beginning, he was able to clearly perceive the brilliance of that divine light. He tried three times to raise his eyes to Her but in those three attempts he found himself incapable of raising his eyes higher than her own hands, from which graces and blessings seemed to cascade in the form of luminous rays.

“O my God, he cried out, only a half hour ago I was in the act of blaspheming and I felt a profound mortal hatred against the Catholic religion.  All those who know me know full well that humanly speaking, I nourished the strongest reasons to remain Jewish.  My family is Jewish as well as my fiancée and uncle who are all Jewish.  On becoming Catholic I am sacrificing all my hopes and worldly interests.  Yet, I’m no fool.”

Shortly afterwards, having broken his engagement, he entered religious life and was ordained a priest.  He spent the rest of his days working and praying for the conversion of his people.  He settled in the Holy Land and, with his brother Theodore, founded a religious order whose mission it was to pray for the conversion of the Jews.  He had a convent built on the very site of Pilate’s palace, the same spot where the Roman governor showed the poor scourged and bleeding Jesus to the crowd, suggesting that He be freed, and where the Jews cried: “Crucify Him! May His blood be upon us and our children!” (Mt 27:25). 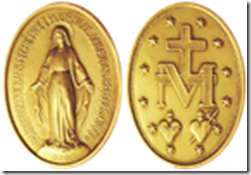 Father Mary-Alphonse de Ratisbonne died in the year 1884, at Ain Karem, St. John the Baptist’s birthplace which is near Jerusalem.