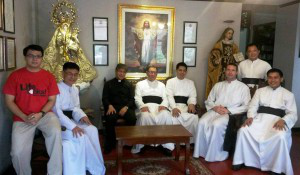 Beginning with Ash Wednesday, we are once again in a short transitory period. Liturgically it is more solemn than the period of Septuagesima, but less so than Lent itself.

We will fully enter into Lent with first vespers of the First Sunday of Lent.

It is useful to explain the sense of this time a little more, so that pious souls can draw what is most divine from this so solemn and so serious liturgy.

The dominant theme of Lent, the principal and first goal of the Church, is preparation for Easter. First of all, the Church sees the divine Person of Our Lord Jesus Christ. She thinks of Him; she looks at Him; she follows Him step by step. Her look is fixed on Him. He is the object of this entire liturgy. The Church walks with Him along the way of sorrow, climbs Calvary with Him, weeps at the foot of the Cross, and with an infinite enthusiasm, joyfully, triumphantly greets Jesus, her Master, her spouse, her life, her God, at the moment of His glorious Resurrection.

So first comes the thought of Jesus, then the union of souls with Him, who go with Him via the way of sorrow. The literal sense is Jesus suffering and glorious, the mystical sense is the application to our souls of the Passion and the Resurrection of the Savior.

This application is for three categories of people: faithful Christians, penitents or Christians who have fallen and are repenting, and catechumens or aspirants to the Christian life through baptism.

The faithful receive a greater abundance of grace, the penitents obtain pardon, and the catechumens are substantially united to Christ when they become His members through baptism. For all of them it becomes an incorporation—whether more intimate, renewed or commenced—so that the Savior’s Passion and Resurrection will have a profound influence on these three groups. Thus the liturgy of Lent, which prepares souls for the celebration of and graces of the Passion and Resurrection, corresponds to these different states through its prayers and readings. The faithful find there an affirmation of their faith and a more ardent surge of love. The penitents find an assured hope of pardon. The catechumens find the teaching and training necessary to detach themselves from idolatry and to build the desire for union with Christ the Savior.

Everything in the prayers and readings (which abound in teachings, deeds and examples) contributes to inspire a love first of all for the person of Our Lord, to participate in His sufferings and appreciate their infinitely beneficial value, to instill a desire for the joy of the Resurrection, and finally, through a return on us poor sinners, to bring about the divine transformation in our souls, at all levels, as the fruit of the Passion and Resurrection of the Savior.

This is the complete liturgical sense of Lent: preparation for Easter, preparation of the faithful to receive more graces, of the penitents to obtain pardon, of the catechumens to be incorporated in Christ through baptism. And since baptism is the most essential act, the primary and necessary act of uniting the soul to Christ, the Church focuses on it with more insistence during Lent, because originally she only baptized on Holy Saturday, during the Easter vigil, and then later on the vigil of Pentecost as well. But this preoccupation with baptism must not lead to the neglect of the faithful, of the penitents, nor most importantly, of the principal remembrance that dominates and vivifies the entire Lenten liturgy: Our Lord Jesus Christ, suffering and resurrected. 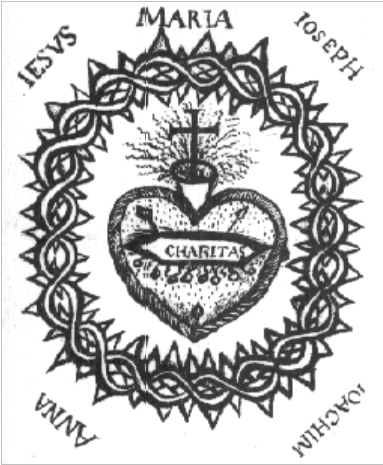